ROCKTOBERFEST: A Most Excellent Countdown of the 31 Most Bitchin Glam Metal Albums
#19 Poison – Open Up and Say…Ahh! (Released 1988) 5x Platinum #2 Billboard Albums 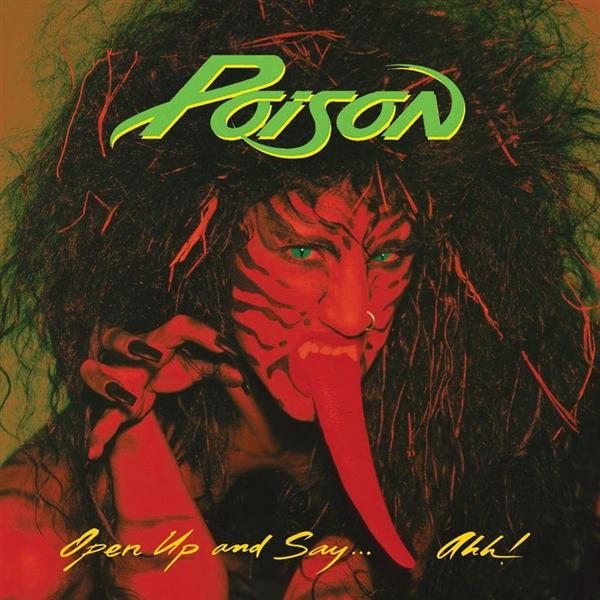 That album cover is hands-down the best album cover in glam metal history. My future wife that tongue oh my god it is to die for *swoons*.
Bret Michaels (He's A Whore!) – Vocals, Rhythm Guitar
CC Deville (I beat Slash, yep) – Lead Guitar
Bobby Dall (I’m a bad, bad man) - Bass
Rikki Rockett (Hey Ma, Look at me I can stand while drumming) - Drums
The Hulk Hogan of Glam Metal 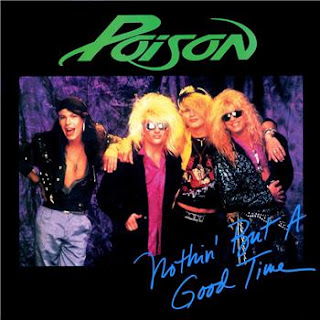 After all those underground albums, we finally hit the one of the heavyweight albums of the golden era. Martin, don’t you know that glam metal is all about selling out, looking bitchin and nailing chicks.  Stop trying to earn indy cred by ranking Vain so damn high. Go fuck yourself, No Respect kicks ass and you know what so does this album from Poison. Yes, I am praising Poison, as they are often my go-to glam punching bag. Both justifiably and irritatingly, Poison is the band most connected with the 1980’s glam metal movement. Poison has transcended with 1980’s with their successful 1-2 mega-hit combo of Nothin But  A Good Time  and Every Rose, o you have heard those song ya don’t say. Poison dressed in the most flamboyant attire, had the biggest party hooks, the flashy solos and the most successful power ballad EVAH~! In short, the members of Poison were really good at being rockstars (Nickelback and clones take note) and Bret Michaels is really good at being famous. They were hyper-sexual, they are only slightly smarter than Rick Perry, but fuck it man their songs are fun as all hell and catchy. You know what? At the end of the day, glam metal is one big party and I LOVE POISON! What irks me is that Motley Crue and Ratt deserve so much more notoriety because they were the better bands and they would make better standard-bearers for the genre that I love. 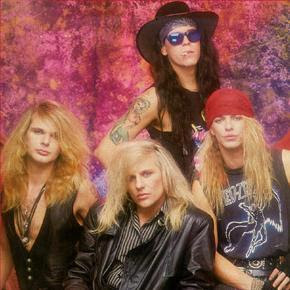 Poison is totally the Hulk Hogan of glam metal. Hogan is the biggest name associated with pro wrestling because he exaggerated and amplified all of the common spots in wrestling. (Ok, even I, Mr. Jaded Smart Mark, still mark out over the finger wag, that shit is just plain badass) Randy Savage and Ric Flair executed the nuances better and were just plain fuckin better wrestlers than that piece of luggage, but are in that second-tier of popularity. Once again, I don’t hate Hogan (FUCK YOU HOGAN FOR NEVER PUTTING SAVAGE OVER! YOU EGOMANIACAL PIECE OF FUCKIN SHIT!) sorry inner Savage mark coming out there, but point remains Hulk Hogan is entertaining and I derive pleasure from watching him perform in and out of the ring. Much like Poison, I just think there much better acts in their respective genres and wish those acts got their well-deserved respect. 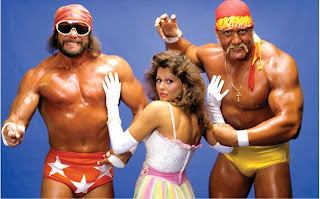 We will be seeing more of Poison later on, so I will be keeping this short. Even though this album checks in #19, it is definitely an album any self-respecting glam fan should have in their collection. It was one of the mega –albums of the late 80’s and an essential party metal album. Next up will an even bigger album both in sales and pop sheen. For now, don’t think too hard, just relax and enjoy some big, dumb music for its best progenitor: POISON!!!
Posted by Martin Boulevard at 12:23 AM